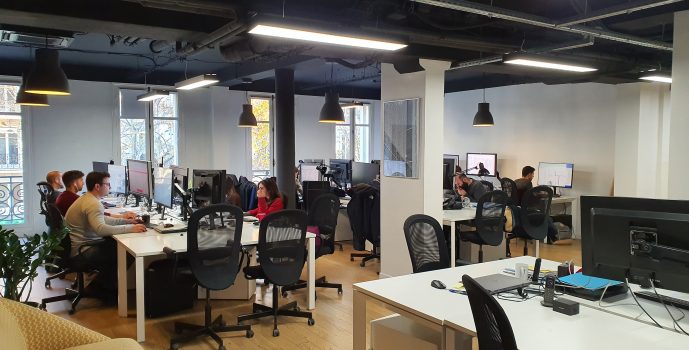 Due to continued expansion and growth, Reid Brewin Architects has recently moved into a new office in Paris, located in the second floor of a Neo Baroque listed Building in the heart of the Sentier area. The building previously housed the Hopital de la Trinité, founded in the twelfth century, before hosting the headquarters of one of the first modern retail stores founded by French businessman Félix Potin in 1860. Distinguished by its original lantern dome, the Art Nouveau building was designed in 1910 by Charles Lemaresquiert.

If you are passing, please come in and say hello!