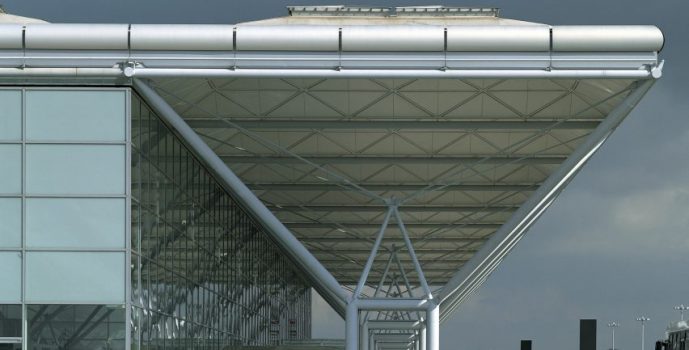 The 3rd international airport of London at Stanstead was designed by Foster Associates in 1984 and became an icon for airport architecture. The concept was very innovating for the time where the services and technical installations were placed under the floor to release the roof and allow dayslight penetration to the center of the 100m deep building. As with all building projects from Foster’s office, a great deal of care and attention to detail was brought to the construction.

Alex Reid participated in the construction of the project from 1985 to 1990 as the architect, initially for the coordination of the services, and then later for the structure. He became the site director in 1986. In 1990 Foster Associates won the first prize from the “Concrete society of Great Britain” for the best work of the year in concrete.