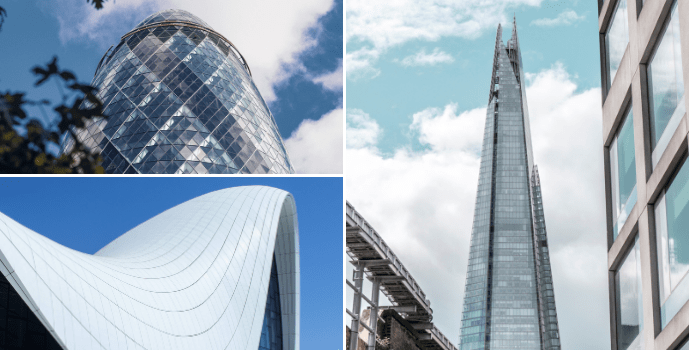 Reid Brewin Architects might be known for thinking outside of the box and testing the boundaries of traditional design – but we certainly aren’t the only ones. Working in the world of architecture, we have plenty of innovators who came before us, and paved the way for more creative thinking within the industry.

So, before you think it’s all ‘us, us, us’ we thought we’d pay a special tribute to the designers who inspire us. After all, where would we be without them? 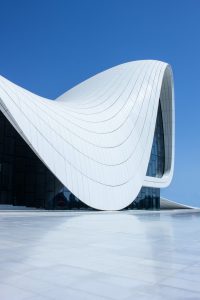 This British-Iraqi architect, artist, designer, and the first winner of architecture’s answer to the Oscar — the Pritzker Prize — was nicknamed the ‘Queen of the curve’ and has been hailed for her futuristic designs, which incorporated twists and turns that had seldom been attempted until then. 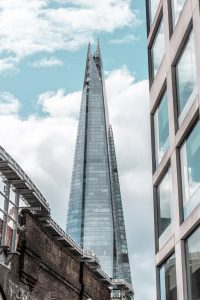 Unlike many others on our list, this Italian architect is well-known for not following a particular style, instead creating individual, eclectic works with a slightly industrial flair.

The most notable work in his portfolio is The Shard in London, a 95-storey skyscraper of glass and steel which holds an iconic space on the capital city’s skyline. We always love seeing the Pompidou Center near the office — an early collaboration with Richard Rogers. 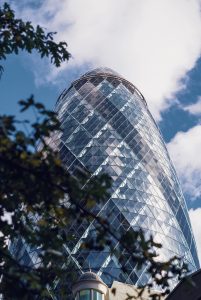 Recognised as a key figure in modern British architecture, this Mancunian has become a pioneer of high-tech, yet energy efficient architectural techniques.

Famed for using glass to cover abstract structures, Foster’s well-known works include Apple Park in California, HSBC in Hong Kong, and of course, 30 St. Mary Axe or ‘The Gherkin’ in London.  Check out the Sainsbury Center Art Gallery for an excellent early creation, or Stansted, a very formative structure in RBA partner, Alex Reid’s younger years.

Hailed by Brad Pitt as the “master of light and shadow”, Swiss artist, Peter Zumthor, has built up a strong reputation — over a five-decade career — for his minimalist, yet powerful designs.

His best-known projects include the Kunsthaus Bregenz, a shimmering cube of glass and concrete, the Swiss Pavilion for Expo 2000 in Hannover, and the Kolumba Diocesan Museum in Cologne — ‘sublime’ doesn’t come close to describing his work in our opinion.

Over the course of Tschumi’s career, he has challenged the perception of architecture’s role in personal and political freedom — arguing that the relationship between architectural form, and the events that take place within it are fluid and interlinked.

Notable projects have included the Acropolis Museum, in Athens, Le Fresnoy National Studio for the Contemporary Arts in Tourcoing, France, the Vacheron-Constantin Headquarters in Geneva, and The Richard E. Lindner Athletics Center at the University of Cincinnati. Alex Reid has collaborated on several of his projects — what a claim to fame!

Although not technically an individual architect, this body of New York and Copenhagen-based artists, architects and designers is known for constantly pushing the boundaries of modern design.

Originally formed by Bjarke Ingels and Julien De Smedt, the practice continues to build its reputation across Europe, North America, Asia and the Middle East for sustainable concepts with a balance between the playful and practical.

Born in Kanagawa, Japan, this winner of the 2010 Global Award for Sustainable Architecture has received international acclaim for his experimental approach to architecture — defying the laws of physics with substantial structures all over the world, what we like to call the ‘architects’ architect’.

Key works include the Serpentine Pavilion in London, The House of Peace in Copenhagen, and Cloud Garden in Japan.

The more we think about it, the longer our list of architectural inspirations becomes, so watch this space for part two in the series…