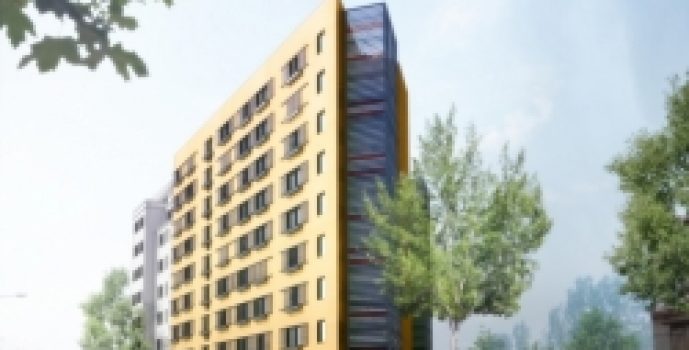 June 2009 at our architectural practice

In this project RB-Architects were asked to design a residential building on a corner site in Les Lilas, just next to Paris. Following a number of years of neogitiations on this site, this time the study looked at optimising a number of units over 7 and 8 stories for both public and private flats ranging from studios to 3 bedroom appartments. The brief was constrained not only by the local planning regulations but also significantly affected by the budget, which meant simple elevations and a finding as much surface area as possible. Three forms were brought together creating an interior courtyard opening directly on to the park opposite the creche. The sketch diagrams showed that this was the best solution taking into account all the constraints.