Home > Office refurbishment in Paris for a leading US firm 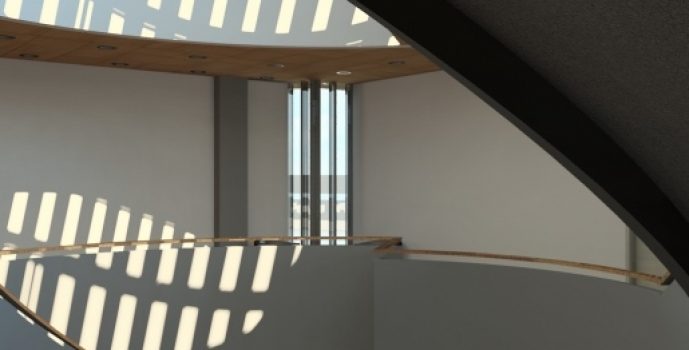 Office refurbishment in Paris for a leading US firm

December 2010 in our Architectural Practice

Located in Rueil-Malmaison near Paris, the Headquarters of this US group wanted to update their existing office space which was very compartmentalized. RB-Architectes were commissioned to work with an Anglo-Saxon architectural firm to carry out the redevelopment project.

Improve the performance and quality of workspaces

Designed by an Anglo-Saxon architectural firm, the new offices are designed to improve the performance and quality of the working environment. Whereas the old offices were largely single occupancy closed spaces, the new workspaces are now much more open. Designed as shared spaces, they allow denser occupancy rates by level while improving employee facilities.

Built in the 1970s, the previous office facilities were no longer appropriate to the company’s current working practices. To meet the new requirements of the group, we have worked to improve the quality of work spaces and make them more functional. The furniture has been modernized, the storage has been reviewed, the air conditioning updated, and acoustic solutions developed thanks to the installation of special panels. The meeting rooms have also been completely redesigned and now come in different sizes spread across the floors to meet the various needs of the employees. Relaxation areas were created on all levels to replace the old cafe point.

The offices had to be redeveloped in phases so as not to disrupt the activity of the employees who remained in the building. Spread across nearly 17,000 m2, 850 employees were moved to new offices according to a phasing schedule. The work schedule has been coordinated with the social calendar to allow for a gradual installation. The construction was structured so as to make best use of time under various constraints, the different phases roughly corresponding to different levels of buildings.

Since the offices were located in buildings more than 8m high, they had to be redesigned to reflect the current French regulations. In particular these regulations provide for strict guidelines in terms of fire escapes and new, more accessible, fire escapes had to be added to the project. RB-Architectes ensured that the regulations were met and also that all materials used in the project were consistent with regulatory standards.