Home > Office Refurbishment in a tower at La Défense 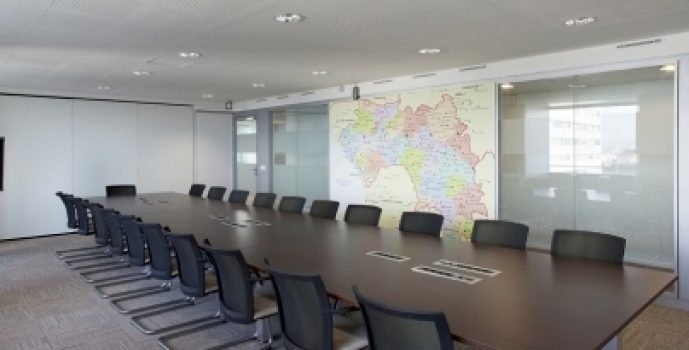 Office Refurbishment in a tower at La Défense

Febuary 2011 at our Architectural Practice

Refurbishment of offices for a large international company

As part of an office refurbishment project for an Anglo Saxon client in a tower at La Défense, Reid Brewin Architects were asked by ISG, the general contractor, to intervene offering their support and putting their expertise behind the architectural concept. Two key issues were taken into account to ensure the success of the project.  The specific features of a project within a high rise tower building with the numerous complex regulations involved, requires quite special and precise treatment. Also the ability to coordinate multicultural teams and collaborators in both English and French: the project was initiated by an English team but was to be carried out in France.
The scope of intervention by Reid Brewin Architects was to translate and adapt the original design plans to comply with French regulations, to validate the proposed office fit-out project and also to monitor the construction work on site. All project reports had to be provided fully in both English and French, a key part of the service our architectural practice can offer.
Office refurbishment for a large international company