Home > Behind the designs… plus some architectural film inspiration 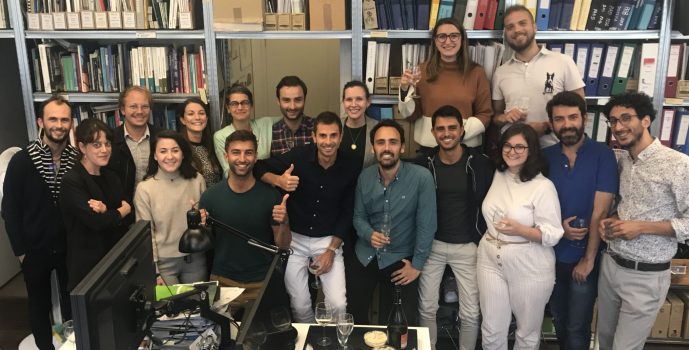 Behind the designs… plus some architectural film inspiration

Like many of our peers across Europe, the Reid Brewin Architects team has packed up desks once more and moved to a remote working setup. Our London and Paris studios have been working hard to keep in touch – both on a personal and professional level – sharing plenty of photos and site updates where we can.

We’re known for being a rather fun bunch too, so you wouldn’t be surprised to hear that we’ve been organising virtual Friday socials. But, to avoid any of those awkward digital drinks’ vibes, architect Sophie Doolin threw an ‘architectural film inspiration’ evening.

Yes, Sophie tasked the team with selecting a movie that showcases a particular building, city or place, or a documentary about our favourite architect or construction. Ever the ‘hostess with the mostest’, she even kept a record of everyone’s selection to inspire us during lockdown – and negate hours of scrolling through Netflix.

There were some absolute corkers in there, so we thought we’d share some of our favourites – in case you were stuck for something to watch this weekend… 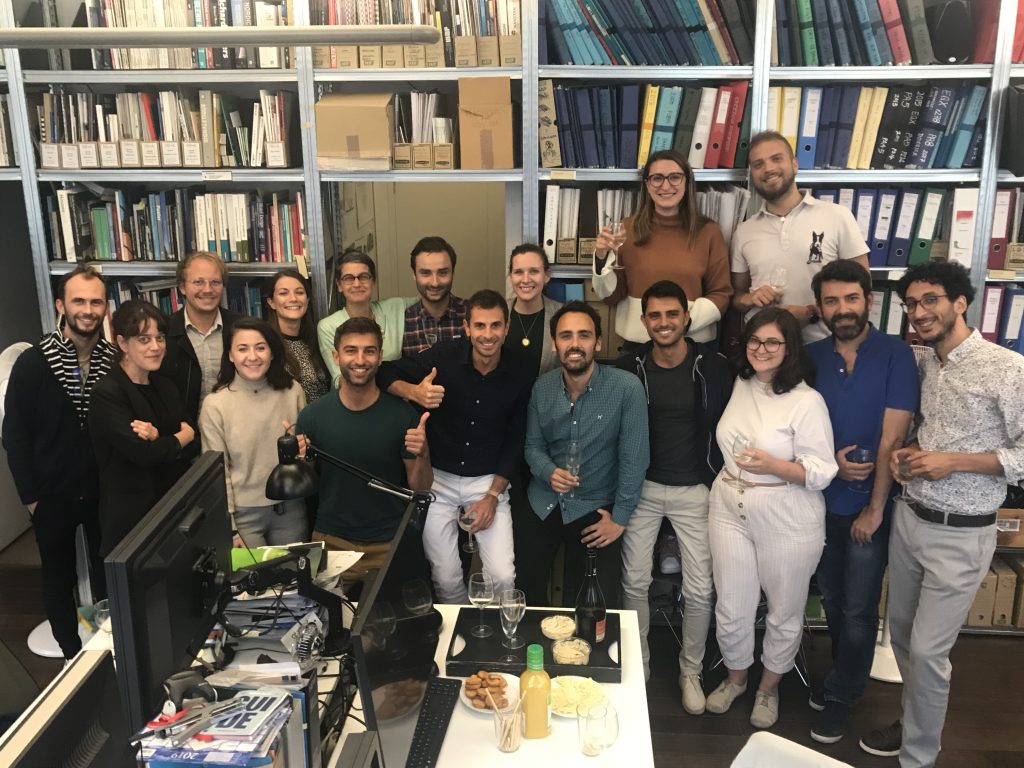 Luigi suggested we try out ‘High Rise’, a 2015 science fiction film set in a huge tower block during the 1970s. Featuring a wealth of modern conveniences, the building allows residents to become gradually uninterested in the outside world. But the infrastructure begins to fail, and life for the residents begins to run out of control….

Ana eloquently described the importance of the distinctive architectural spaces in Stanley Kubrick’s cult 1980 film ‘The Shining,’ emphasising how the different rooms can represent the journey of the main characters and how they contribute to the iconic atmosphere of the film.

Ilanit, meanwhile, proposed the 2017 documentary ‘Faces, Places’ by Agnès Varda, an idiosyncratic film creating a dialogue between people and architecture by following two unique artists on a poetic journey to explore the link between portraits and a sense of place.

Bringing an entire trilogy to the party, Sophie recommended ‘Before Sunrise’, ‘Before Sunset’ and ‘Before Midnight’, in a bid to showcase beautiful European cities and places – Vienna, Paris and the Peloponnese peninsula in Greece.

Naturally, there were a few factual films in there too. Alex Reid gave a nod to ‘How Much Does Your Building Weigh Mr Foster?’ – reviewing the works of Norman Foster – while Adrian Brewin flagged the BBC documentary ‘Imagine’, which looks at the life and work of Zaha Hadid.

Our co-founder, Adrian, also recommended ‘The Towering Inferno’, saying: “One for the classic 70’s disaster movie fans! Paul Newman plays an architect and Steve McQueen the local fire chief – and all of a sudden, architecture, engineering, and fire safety becomes pretty cool!”

Design from necessity vs. creating for pleasure

It wasn’t all video calls and movie nights though… While visiting one of our construction sites, architect Myriam Belin spotted this innovative bit of furniture design – and had to share it with the team.

Crafted from bits of construction waste and some tile samples, the workers had built a temporary desk to conduct operations – cue a debate about design for necessity vs. creating for pleasure.

We think it has a certain artistic appeal, how about you? 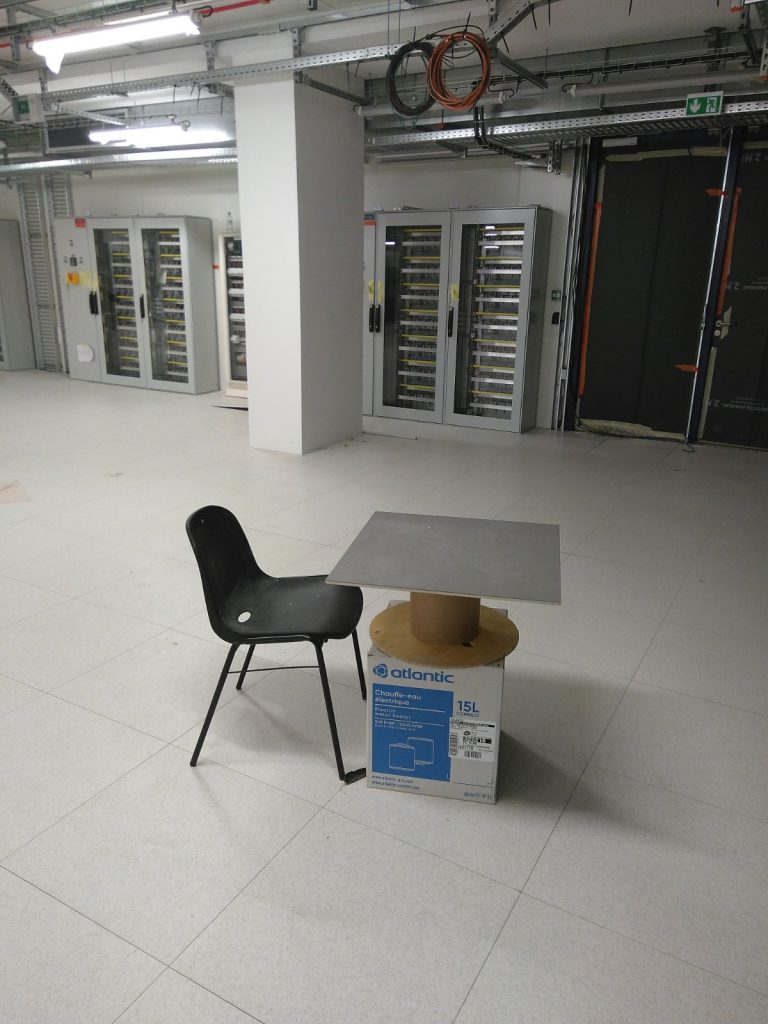 Although Lockdown 2.0 has brought with it a new set of challenges, work continues on this site, just outside of London, England – with a piling rig in situ, ready to lay the foundations of a new data centre.

Although many projects across Europe are constrained by the ongoing effects of the pandemic, our industry is finding methods to meet demands – while remaining ‘Covid-19 secure’. We’re working hard to continue at pace, with regular site visits and virtual meetings.

Thanks for capturing this one, John Hutchinson. 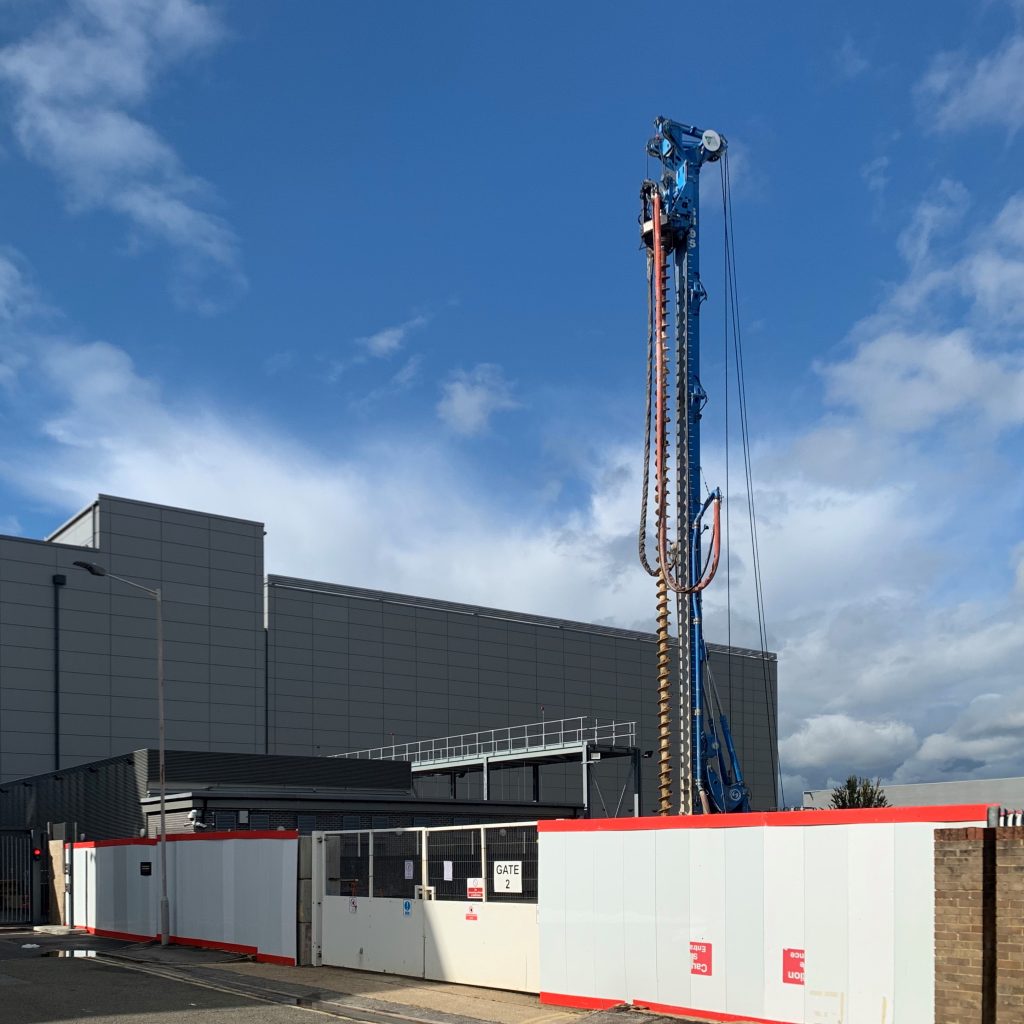 Working on building projects across Europe really does have its perks – as this view from the top of data centre refurbishment project in central Paris shows.

Can you spot the Eiffel Tower in the corner of this shot? 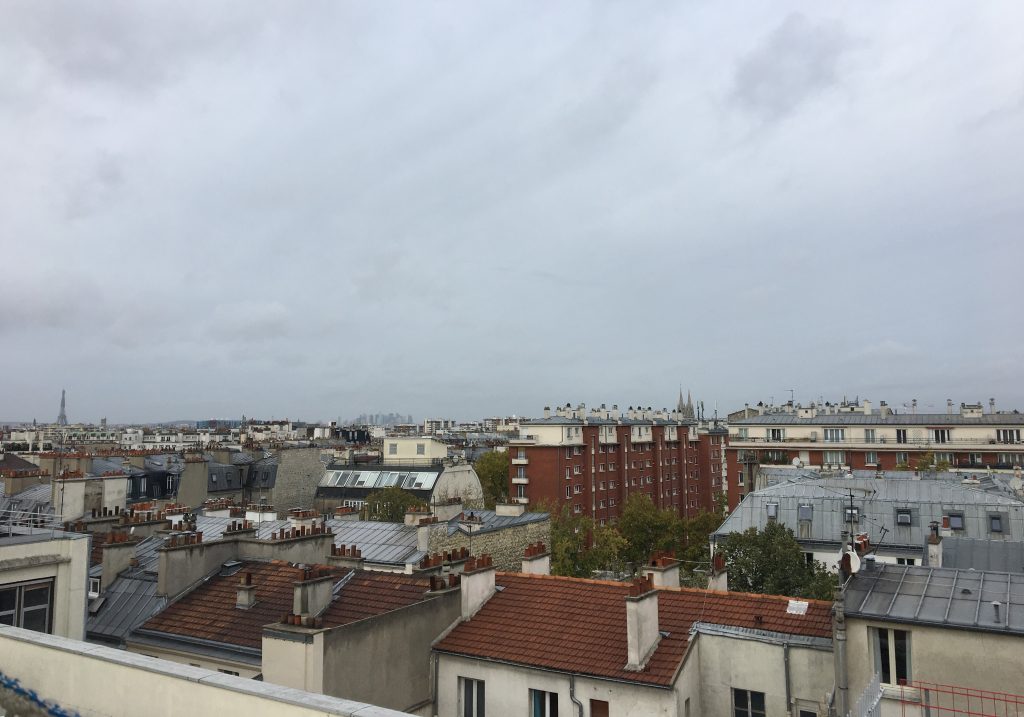 Keep up to date with life at Reid Brewin Architects, by following us on LinkedIn.