Home > Alex Reid on the radio: The data center, connected to the city 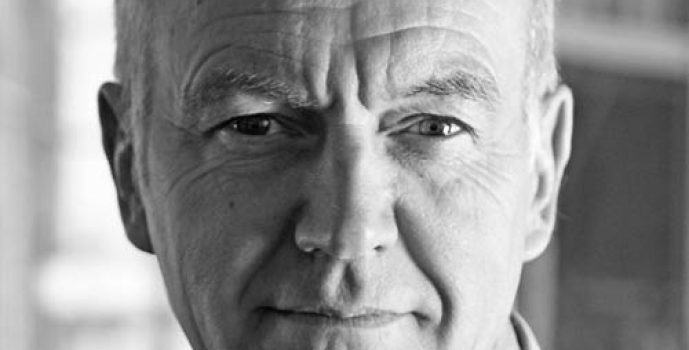 Alex Reid on the radio: The data center, connected to the city

Reid Brewin Architects co-founder, Alex Reid, was invited to take part in a discussion live on France Inter – a major French public radio channel – talking about ‘all-things-data centers’ as part of a weekly segment, titled ‘Things in the City’.

The regular feature examines the various components of a city with those who make them and, considering data center discussion is such a hot topic at present, Alex was perfectly-poised to offer informed debate – as he was the architect of the extension of the Global Switch data center.

We’ve included some of the key talking points here, but you can listen again via this link.

Located in Clichy-la-Garenne, the main part of the Global Switch data center is a converted former factory. As Alex explained: “The existing building was built by Bic as a factory for the manufacture of lighters.

“The site remained empty for a few years before it was bought by Global Switch – one of the largest data center operators in the world – at the end of the 1990s. Because it’s built for large volumes and a very high overload capacity on the floors, the existing footprint was well suited.”

While the size of the structure is ideally suited to meet the needs of a data center that runs thousands of computers and network equipment, the other advantage is its location in the middle of the city – between the railway tracks of the Gare de Clichy on one side, offices and housing under construction on the other.

This location allows for close proximity between users and the telecommunication networks, which favours the speed of data transfer, as Alex continued: “Their customers are not far away, and that is important especially now with the cloud – and video games! When it comes to the speed of data transfer – the closer you are, the faster it is. All these advantages are here in Clichy.”

The broadcast went on to discuss the security challenges – and checkpoints – associated with such facilities, as well as the exacting requirements for energy and cooling to ensure the technical infrastructure remains online, 24/7 as explained by Guillaume Zaimeche, Global Switch group project manager.

It should be noted that the data center in this form has only existed since the end of the 1990s – alongside the dawn of the internet. At that time, companies needed larger computer installations, but did not have enough space to house them – hence the gradual creation of such facilities.

During the station’s visit to site, the team met with Frédéric Cœuille, managing director of Global Switch France, inside one of the site’s many rooms – completely white from floor-to-ceiling. “To give you an idea of what a computer room can be.

“The concept is to bring the computers together – to connect and interconnect them. These are big rooms which must completely clean, run 24 hours a day, and have the potential to be operated for decades. For all that to happen, it requires an exceptionally high level of rigour – yet must be discreet from the rest of the city, for security reasons.”

One of the benefits of having such an organisation in a built up, urban area, is that while it consumes a great amount of electricity, it gives off heat – which can then be used by the city within public facilities or housing. By ‘plugging in’ a data center to a town or city’s urban heating network, often for free, the operator can give something back to its neighbours.

Reusing this energy is a crucial issue today in order to minimise the ecological impact of the data center – as there are no less than 4,800 of them around the world – almost 160 of which are in France, and located near cities.

Les choses de la ville, in partnership with the Order of Architects.