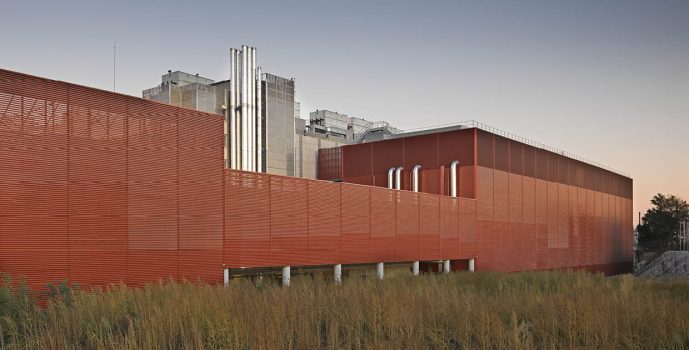 It’s hard to believe that 10 years have passed since the Reid Brewin Architects team finished work on the Global Switch Paris West data center in Clichy-La-Garenne, France. We spoke to RBA co-founder, Alex Reid, to take a look back on the iconic project. 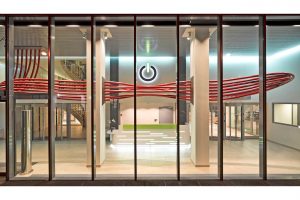 A decade ago, RBA provided Global Switch Paris with one of the largest data centers – in terms of surface area and electrical power supply – that France has ever seen. And ten years on, we’re still as proud of it now as we were when we finished.

Even now, it remains the biggest (active) data centre in the country and, while much remains the same in terms of the structure, the power density (Kw/m² =) has increased because of customer demands.

The original brief saw RBA overseeing the development of two buildings to host the computer servers, as well as the redevelopment of the site, and renovation of the existing structure, and it hasn’t aged a day – it still looks as good as new and serves its purpose.

Designed throughout 2007-2008 and built between 2009-2011, the project also included the creation of an external parking area on the ground floor, and a technical building of 1,000 m² housing the electrical generators. 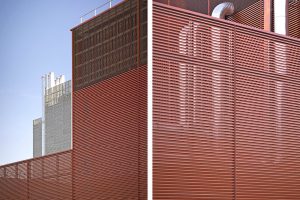 Even now, the striking façade still has a futuristic air about it – as a concrete box shrouded in louvred copper panels. The cladding provides a great architectural statement about the technological function of the building – including the enormous amount of copper wire running through the building’s power supply – as well as providing a nod to the international prestige of the client.

Sustainability, of course, is nothing new. And formed just as large a part of clients’ briefs in 2008 as it does today. In the case of the Global Switch data center, RBA was tasked with considering sustainable design and environmental responsibility.

As such, the design of the building aimed to encourage natural air circulation, to consume as little energy as possible. And, from an acoustic point of view, an innovative system of noise reduction was developed, in a bid to minimise any disruption to local residents. 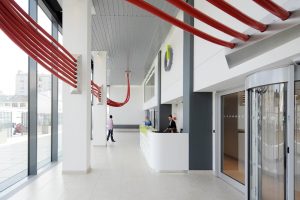 For further information on the original project, click here.