HomeNon classé10 of the world’s most iconic high streets

We all love a stroll down a buzzing city centre lane — taking in the striking architecture, energetic atmosphere, and pleasing shop aesthetics. Despite the retail landscape experiencing somewhat of a shakeup over the past year and a half, we can’t deny it feels great to see some life return to our high streets once more.

From the bright neon lights of Tokyo’s Ginza to the traditional charm of Princes Street in Edinburgh, here’s a countdown of the most recognisable streets, which perfectly reflect the culture and character of the cities they inhabit. 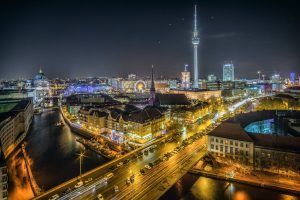 Beautifully presented and lined with trees, this street in Berlin exudes a sense of community for everyone, making it perfect for a leisurely stroll through.

Speaking of the spot, RBA founder Adrian Brewin noted: “The café intrusions compete with shops and traffic and the fact that it has its failings — and some lesser pieces of architecture — helps to make the street feel democratic, leaving you with a rebellious sense of freedom.” 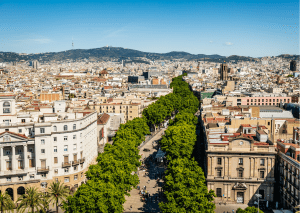 In a city full of memorable streets, Las Ramblas is a place designed for people to visit for a walk, to meet, talk, shop, drink, and eat. It feels wide open in comparison with its narrow surrounding roads and boasts a number of elegant buildings.

Discrete sections of market stalls and cafés lie alongside restaurants and shops under a canopy of trees — it is simple in design, yet amazingly effective. 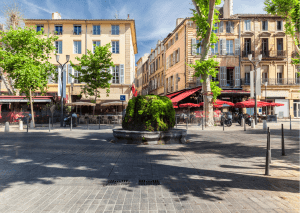 In the context of Aix, this street is nearly a square on its own — given the overall length and width when compared to the rest of the city — but it’s the greenery that makes it so memorable. Two rows of trimmed trees as tall as the buildings provide shadows and sparkles of light that fall across the walls of the structures — and the passers-by. 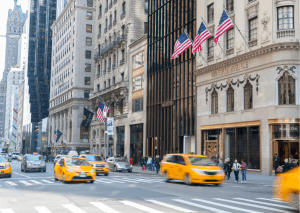 A shopaholic’s dream, Manhattan’s Fifth Avenue is one of the most famous streets in the world for retail indulgence. It’s a high-volume traffic street but the walkways are graciously scaled — note the different paving materials. The overall impression is elegance, which is further enhanced the closer you get to Central Park. 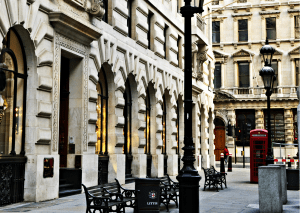 The home of luxury London shopping — from Cartier and Chanel to Tiffany and Valentino — Bond Street has become an institution of the English capital, lying just off the impressive Regent Street with its concave and convex elevations.

Start at Piccadilly Circus and head up towards Oxford Street — you can’t help but be drawn down some of the inviting side streets. There are lots of historical, cultural, and luxury landmarks amongst the restaurants and cafes — try the roof top bar at Aqua Spirit. 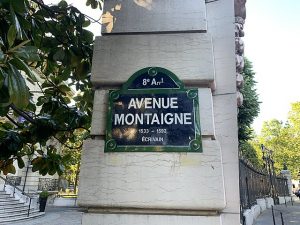 This avenue — lined with elegant, Parisian buildings — is bursting with all the high fashion, jewellery, sophistication, and style you’d expect of the French capital.

Joining the Champs-Elysées with the Alma Bridge, the street is a narrower version of the Champs Elysées or Barcelona’s Paseo De Gracia with symmetrical buildings, landscaping, and dense lines of trees. It feels intimate for strolling along, and the road traffic isn’t intrusive. 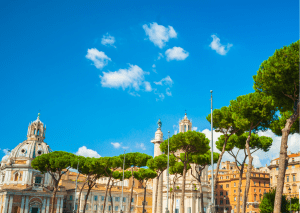 How can a list of memorable streets not include the classics from Rome? Via dei Giubbonari has funnel shaped openings at each end to entice you further and encourage you to take the next step into the many mysterious shops. The buildings are fairly commonplace, but their ornaments are richly detailed — picked out by the changing light and shadow.

The narrow street is protected from the wind and rain, but there are a plenty of openings and decisions to be made as you stroll between the people, restaurants, and occasional erratic driver! 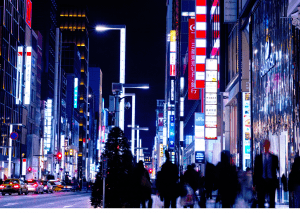 Rebuilt after the bombings of the second World War, Tokyo’s fashion district has grown into a booming epicentre for art galleries, design houses, and posh cuisine — as well as being the home to electronic institutions such as Sony and Apple.

This area of Tokyo is one of the most finely scaled shopping districts in the world, so you are constantly challenged to make directional decisions to determine what to do next. 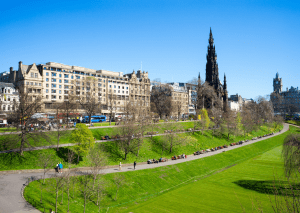 The line dividing the old from the new, this is a rare high street with shops on one side, facing the ancient Castle lying on the other side of a large park. It is the focal street of the city, and yet there are views that encourage you to escape to the hills — or more immediate intersections that entice you to visit art galleries, monuments, bars, or restaurants. 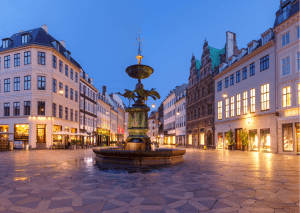 It’s particularly notable for the open stopping places, squares, or ‘pladser’ along its route — some of the most popular haunts of the entire city — which offer more light, space, and attractions, and always buzzing with people.

We hope you’ve enjoyed our tour of some of the most iconic streets from around the world. We’d love to hear about your own experiences of exploring one of them. Get in touch via our Twitter, LinkedIn, or Instagram channels to share your travel memories.